MORE SIDELIGHTS OF THE SIOUX WARS 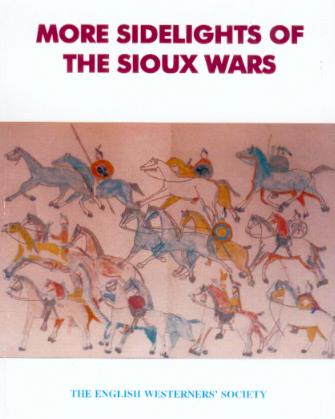 Edited by Barry C. Johnson and Francis B. Taunton

This English Westerners' Society Special Publication No. 10 was produced for its members  for 2002-2003. It contains four articles related to the Sioux Wars and is a follow up to the original book 'Sidelights of the Sioux Wars' published in 1967  . The articles are:

"I have a right to Sing" - The Trial of Cadet Marcus A. Reno at West Point by Barry C. Johnson

Yellowstone Interlude: Custer's Earlier Fights with the Sioux by Francis B. Taunton

This soft bound book, with 96 pages, is illustrated with photographs in both colour and black and white and has two maps.

Price £7.00 ($14.00) excluding postage and packaging which will be confirmed when placing order